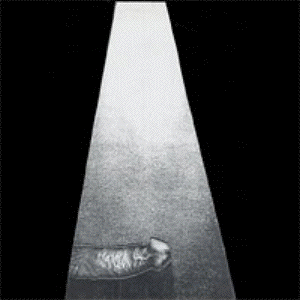 One of the most "baseline" Whitehouse releases i've yet heard. I find it difficult to accept that so many people found this music so assaulting back in the day- content-wise, yes, i can certainly see how all the descriptions of degrading sexual practices and explorations of the paedophiliac mindset in the Sotos era could unnerve people (it even causes me some discomfort sometimes, and i've read a lot of Sotos' books!)- but from a musical standpoint, this isn't what i'd term "harsh" at all. Maybe at this point in my listening preferences i'm pretty jaded and only the most extreme releases will suffice, but either way "Erector" is a very relaxing, near ambient listen.
Other Whitehouse albums have dealt in more abrasive sounds, certainly, and this was an earlier effort and reflective of the band's experimentation in the process of finding their true voice. So the derivation from the idea of classic power electronics isn't that jarring, just curious. Even the runtime is tame by noise standards- only 24 minutes. This is easily digestible in every respect and probably one of Whitehouse's most interesting efforts sonically. I would suggest this to people who are a little too nervous to dove into the genre of noise, or maybe for those whose only touchstones thus far are Merzbow and Prurient (nothing against either artist, obviously- i like much work from both.) "Erector" hums along steadily with low bass throbs and a few whines of white static flung across the top-kind of like splashing thin lines of hot neon paint over a pitch black canvas. Bennett's usually hysterical vocals (one of Whitehouse's best features, truly) are roped in a bit here as well, as he treats them with some sort of weird flanging/phasining/chorus effect that renders them all warbly and watery. You can barely tell what he's saying, aside from screaming the titles of the songs (and it does get a little creepy listening to him scream "Shitfun!" over and over while toilet noises hover in the background) although i doubt it makes much difference; we're just supposed to accept that we're in a darker place now and whatever happens is going to fuck with us somehow, some way. And again, maybe that was part of the intent here. Perhaps "Erector" was supposed to be a little more restrained, a little less oppressive, a little more dynamic. Whitehouse has always been an extremely intelligent project, despite what detractors may have you believe. There's a refinement to the punishment, a style to the torture. It's not music so much as it is art that exists as sound. In that regard there's still no one who comes close.
Posted by Cory at 5:03 PM

To put it into context for you: Erector was released in 1981. Self-financed, I might add. It was not available for (free) download with a few clicks of a mouse. Indeed, it was barely available at all, & certainly not in record shops. Whitehouse's troubling, but nonetheless thoughtful, music was never intended to be a full-on assault on the senses, or at least not on vinyl (in live performance, maybe). Instead, it was about creating a disturbing, but ambiguous, ambience of Surrealist (perhaps even absurdist) emotional confusion &/or upset.