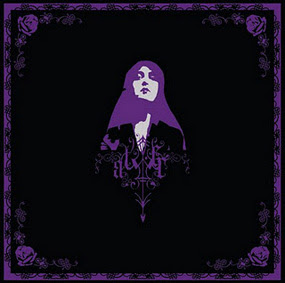 Stunning third release from Aelter, who here abandon almost everything about their previously devised aesthetic in favor of something far more organic, ensconcing, and intoxicating. The first two Aelter records were a display of sheer cinematic range and brooding heft, a fusion of Ennio Morricone-style soundscaping with the suffocating sonic bludgeoning of Burning Witch, arriving at a brand of doom metal that became as much exploration as evisceration, a grasp for evocation and image-heavy atmospherics. The result was a potent mixture of gnarling syrupy molasses guitar flow and narrative structure, a picture as much as a sound that conjured up images of desert waste and deep outer space void, the sound of infinity encroaching on existentialism, the smallness of being thrown up in direct opposition to the yawning vastness of the unknown. Touchstones like Earth's "Hex" and the roaring electric waste of Nordvargr birthed a new landscape rich in mirage and resonance; here Aleter take that palette and gloss it over in monochromaticism, achieving a trembling expanse that becomes something close to purity.
"Aelter III" is nothing like what came before, and i say that in the best possible way. In their total rejection of established approach, Aelter have deviated from expectation and turned in a piece of music that reinvents and refines their tone, casting not as doom-carvers but instead as astral explorers of the great wasted consciousness, traversing the finite points of thought to map out the limitations of appreciation and psychic cognizance. Side A of the record, the aptly named "Clarity I", beautifully exemplifies the new emphasis. Consisting of little more than 20 minutes of kosmiche keyboard swells and celestial layering effects, the piece almost instantly ascends the transcendent mountain, creating cloudy masses of enveloping sound that carry and fly like linked wings of one thousand soaring birds, all headed into the receding sky and shrinking horizon. Owing more to the synth wizardy JD Emmanuel and Klaus Schulze, the piece becomes an ever-growing lake of expanse and wonderment, every small bend in pitch and melody becoming monolithic in its emotional impact. Like the best of the krautrockers, "Clarity I" pulls you in and drags you down, deep into its most blanketing recesses, only spitting you out at the bottom where everything has become twisted, the negative image of the positive world. The warm comfort of the track as a whole gives way to the frigid cold ululations that spiral it out, signifying the end. It sputters, haunted and insignificant, ignorant of the towering majesty that came before. Life is not a dream of the past but only a deathly reflection of the present; all that matters is the now.
In that regard "Clarity II" comes off as far more urgent; here the synths and keys transform themselves into anguished minor key guitar treatments that evoke late 90's progressive black metal meshed with hyper-industrialized washouts, the blank sonic temples of void where emotion sacrifices itself to transfusion. "Clarity II" is frightening in the amount of humanity it sucks out of the listener, the melodies so uninviting and austere that distance becomes the only plausible defense, and therefore the only valid response. This is the sound of the arctic, a million miles away and shorn of connection, an endless bleach of white that blinds and torments as it blanches and evaporates. The constant business of the track (courtesy some simply programmed, machine-like drums) only serves to elucidate the eerie downward motion of "Clarity II" as a whole, the vision hinted at being little more than the promise of a bottom. Aleter demands blind faith and commands it though subjugation, as cold a relationship as one between master and slave. When the weighty guitars finally bellow their way in, you almost feel relief at the idea of something filling all the dead space, grateful for any sort of occupation that isn't hollowed and withered. There is simply nothing human here to connect to; it's all pull, all force, all horizon play and moon-scarred vacuum.
Blake Green has gone even further into the notion of claustrophobia with "Aelter III" than he has with any of his other projects. The ubercrush of Wolvserpent seems inviting compared to the stagnant nothing that lives at the center of Aelter. The posture, the pretension to importance, becomes a work of substance in its own right. That sort of nullification rendered into worth is nothing short of magic. "Aelter III" is a spellbinding, shimmery exploration of meditation's outer reaches, an attempted map of the great beyond. That it's entirely in shades of black and grey is not a discredit to the music, but rather a terrifying glimpse of the actuality of the limits of connection. There is a terminus point; Aelter inch ever closer.
Posted by Cory at 7:36 PM