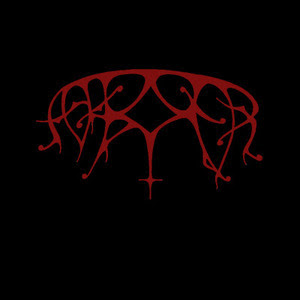 Lengthy excursion into the foggier sides of the Cascadias courtesy of Ash Borer, another northwest US black metal band trafficking in severely elongated song structures and an elevation of atmosphere over ideology. Like other practitioners of this geographic style, Ash Borer are heavily indebted to the type of expansive black metal perfected by Weakling and later period Nargaroth-repetition and murky sound blend together to create powerful, gargantuan works of pure mesmerizing elitist art, resulting in an album that feels utterly engulfing. While not exactly on par with the aforementioned, Ash Borer's debut is a worthy entry into this difficult subsect, and one which hints at greater things to come.
Ash Borer does pretty much everything right. Mournful gusts of keyboard dirge give way to equally mournful guitar work, while the drums carry the songs relentlessly with almost impossible to fathom bursts of double bass, creating a hypnotism similar to the effect Burzum attained on "Jesus' Tod." At times the band also recall the time-stretching properties of early Krallice. Vocals are appropriately rasped and agonized; most surprising to me is how present these vocals are. A lot of Cascadian black metal bands deal more in instrumental passages, with vocals something of an afterthought, cloaked and warped by echoes and effects. Ash Borer allows them ample space to move; the overall mood of these songs becomes distinctly more angst-ridden and immediate thanks to their presence.
While the majority of the music follows the tried and true formula of classical black metal riffing stretched out to near-infinite lengths, Ash Borer inject a slightly desert-blasted mentality into their work, with some sections of songs reminding me a lot of Souvenirs Young America. This is probably one of the more original treatments of the Cascadian style i've come across, and i feel the vague westernisms i hear seeping into the record take Ash Borer a little further out of the geographic pigeonhole that a lot of their grim northwestern brethren are doomed to. That willingness to branch out a bit from the expected is what's going to make Ash Borer an interesting band. There's also a very pronounced post-rock element present in the song structures; the restless build-ups found throughout "Ash Borer" owe much to the cinematic approach of Godspeed You Black Emperor!. The illusion of densely layered soundscapes is manipulated brilliantly, the only downside being that some of the build-ups are so grandiose that the obvious cathartic moments are rendered less so. It simply isn't enough to fall back into a blast beat; there has to be something else there to make all that power as dramatic and heart-ripping as it wants to be.
As a debut, this is pretty accomplished, and more than worthy of attention. While it doesn't transcend or equal any of its primary influences, it does break away noticeably from its geographically set aesthetic. There's an admirable focus on outside atmospheres and an introduction of non-region specific type sounds (many Cascadian bands are overly fond of rain or forest recordings to make their ideologic points) that hints at something beyond the ecological fetishizations of contemporaries like Fauna or Wolves in the Throne Room. If Ash Borer can go even further in the rejection of that geography, they'll be a serious force in modern black metal.
Posted by Cory at 7:24 PM