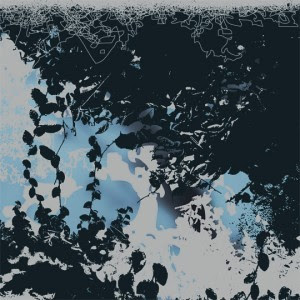 Originally released by Hyperblasted Recordings in 2007, now re-released by Essence Music. One of Baker's more inspired solo outings, consisting of one single piece of uber-drone constructed of thick pulsing cloud-tones and densely layered strains of sludged out feedback scattered beneath an almost ever present wash of altered vocals. This veers towards the heavier end of Baker's ambient output, very easily recalling his "Exoskeleton Heart" album for Crucial Bliss as well as Nadja's more formless voiding moments, blurring the line between Baker's two aesthetics even more than they already have been. With Nadja growing more and more spacious with each release and Baker's personal explorations growing darker and more aggressive, one wonders when it will finally all fall under the Nadja blanket (the recent release of the "Beta Betes" LP on Beta-Lactam, in which Nadja "covers" some of Aidan Baker's songs, does little to help with any sort of distinction.) Nitpicking aside, "Noise of Silence" is a well-crafted example of Baker at his personal best, crafting a frightening, narrow world out of obliques and atmospheres more often found in body horror films than in ambient music.
While much of Baker's work does achieve a pleasant floating quality, his is truly an ambience of anxiety. There is always an underlying tension in the tones, a strain that never quite surfaces but always makes itself known. It's eerie and unsettling much of the time, resulting in difficult extended pieces that put the listener on edge as much as they relax. Listening to this sort of stuff in the dark is sure to inspire a certain level of fucked-upedness in your dreams provided you can eve get to sleep; this isn't the passive sort of ambient used for narcoleptic endeavour. This is music that reduces you to insomnia, infected with a darkness and venom that poisons any chance for repose with a wilting discomfort. Like Lull or Lustmord, this is precision drone with nefarious intent, insistent on exploring oceanic realms of drift, going ever deeper into zones forbidden and weeping with otherworldy pressures and presences. The landscapes become mountainous, threatening oblivion even as they beckon and tempt with terrain unknown.
As "Noise of Silences" continues across its reach, the piece begins to achieve an almost industrial level of immersion, with all manner of klangs and hisses rising out of the ether. It's measured brutality, and the size of it becomes almost overwhelming. The idea of body-horror surfaces here again, with Baker transforming a promise of the gentle and graceful into some towering monolith of hateful, roaring machine-driven terror. That the piece contorts itself and becomes such a weapon, almost from the inside out, aligns Baker with a near Cronenbergian philosophy of being in the world, that everything we are is really a mysterious and terrifying unknown, that the secrets our bodies hide from us could crack us apart at any moment and claw their ways through our fragile, rubbery skin. Pure unbridled electricity and raw power course through "Noise of Silence," creating a suffocating atmosphere of dread and demanding deference to its true spaciousness.
When at last the work begins to calm itself and retreat, Baker throws in a repeated series of samples taken from a suffering person, persecuted by society and perhaps plagued by some sort of mental illness. The voice bemoans the "loudness of silence" and repeatedly confirms that he was driven to think of suicide; the piece comes to a close on this voice's confession that sometimes the silence becomes so much that you just want to drive your car right into a tree and end it. It's an elegant and chilling way to close out a record that so carefully and powerfully establishes the terrifying qualities of raging sound; that this could go on and on without reprieve, flaying us ever closer to the bone and to our beings, suggests something close to an existential apocalypse that our minds are unable to comprehend.
Essence Music's deluxe version of this record (which, as usual, is breathtakingly gorgeous and a true collector's artifact) includes a bonus CDr of early Aidan Baker demo material culled from the 1991-1999 period. The eight selections range widely in tone, some treading close to the overblown industrial horror heard here and some veering closer to a more intimate style of audio confessional. The most successful are those that contrast most heavily to "Noise of Silence" itself; both "West of the Sun" and "Clinging" show a more tender hand, utilizing slightly amplified acoustic guitars and sampler/sequencing pedals to great, melancholy, and distressing effect. The same sense of unease is present but tempered by a warmth that "Noise of Silence" largely eschews. Taken together the two records form a lovely contrast as well as make a powerful statement regarding Baker's mastery of mood; "Godless" and "Misunderstanding" both drench the ears with wintry, screaming guitars but manage to come off as inviting, like a cloak of sunlight between two hulking glaciers. Far from being a toss-off (which would be easy considering Baker's extensive discography), the demos disc is a carefully assembled, symbiotic companion to the rework of "Noise of Silence" that plays off the strengths of the former while still delivering its own unique display of aesthetic. If you were to hear only one Aidan Baker record your whole life, this one would be in the running for most essential. Highest possible recommendation.