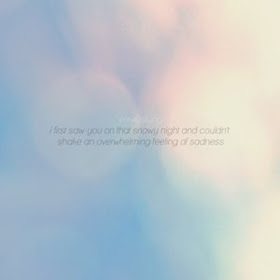 As cinematic, affecting, and expansive in its scope as its exhaustive title implies, Verwustung's sophomore album is a gorgeous hybrid of blackened, blasting ferocity and delerious post rock melody. Like Weakling by way of Mogwai or classic era Ulver co-opting the Cocteau Twins, Verwustung create washed out swirls of gazed-out impressionistic sorrow filtered through a severe and emotional intensity; "harrowing" is the closest approximation, but elements of regret, memory, and bitter reflection all cloud the proceedings, rendering the band's aesthetic in shredding sheets of monochrome. Few albums have so perfectly captured angst and banality, the weight of existence, the cost of inner refection without growth. Consideration gives way to obsession, which leads to removal from reality; so too with Verwustung's music. As the album progresses the aura becomes more and more transformative, further and further away from the actual. Transcendence and surreality are achieved through the listener's willingness to succumb. The environments "I First Saw You..." offers up are distinctly hazy and vague; like the elusive, minimalist album artwork, it's more about conception and a personal connection to the sounds than any sort of guided journey towards a predestined feeling.
Whether Verwustung are black metal or not is an irrelevancy. Much in the same way that parent project Airs co-opts black metal aesthetics to heighten certain aspects of their sound, Verwustung uses the BM template to push a very personal vision of destructionism to the fore. It isn't any attempt to align themselves with modern black metal; the aggression of black metal is simply the vehicle used to achieve a punishing take on shoegaze, a blinding, halted snowstorm of washed out atmospherics and dreamy guitar drapery. Vocals here are transformed into near-wordless expressions of agony; their quality becomes sheerly instrumental rather than a constraint of narrative exposition. Their inscrutability makes them that much more powerful, because the listener is forced to react to and indentify with the emotion inherent in a sound. It's intellectual without being pompous, psychological without being pretentious. In this regard Verwustung approaches the lofty heights scaled by suicidally-fixated projects like Make A Change...Kill Yourself or Trist: the emotion becomes more important than any other aspect, and the communication of that to the listener is something very personal and very difficult. Verwustung succeeds marvelously, imbuing their music with a depressive grandiosity that rivals the wallowing soundscapes of Loss or the soaring roar of Sigur Ros. There is a purity here, a beauty, that is simply staggering.
The majority of "I First Saw You..." is given over to aching pastoral evocations of loss, ache and expanse. Chiming guitars and swoons of echo and delay take the songs out to encapsulated infinities, brimming over with fog and obfuscation. Menace lurks beneath the veneer; behold the devastating, crawling, mathy riffing on "For the First Time, I Can Feel" or the equally oppressive (yet lovely) "Comasleep." Sounding like a black metal version of Codeine, Verwustung tramples over any notion of hopefulness and offers up a bleak, despairing portrait of modern melancholy that owes as much to cultural isolationism as it does to a fear of people. The glacial plodding of the track is reminiscent of the grim march towards death and failure we all engage in everyday; the longing expressed by each strained and bent note points at a truth few are willing to acknowledge. There's an obvious worthlessness to being; life, shorn of all personal connection, is merely an exercise in passing time.
By the time you get to the album's final two (and best) tracks, the punishingly heart-scarring "Please, Let Me Undo It All" and "When Our Hands Met," the stage is set for an epic denouement of self-loathing and ultimate immolation. Across the collective space of about 20 minutes, Verwustung embark on a journey of personal failure void of any redemption; sorrows stacks upon sorrows, regret fuses to anxiety, and the crippling flood of yearning buries you under the weight of its demands, urging you ever closer to the suggestion of suicide, release, and the blessed ultimate forgetfulness. The devastating force and sheer beauty of these two songs only heightens their efficacy; it isn't difficult to picture a marriage of headbanging and weeping as the album reaches its implosion. Strained notes call out. Piles of distortion and rainbow textural blurring get buried under mechanical blastbeats and scorching vocals; hypermelodious shards of guitar lead the charge to a rejection of self and an acceptance of cosmic insignificance.
The end result is a void of feeling, hollowed and ready to receive. Possibility recedes behind reality; any concept of the future is obliterated by an obsession with the past. Memory is dangerous: broken and lurid, bathing itself in swathes of interpretation, it offers up a skewed picture that we're all too willing to believe. Our unconsciousness becomes an affirmation. Our perception of self becomes the reality we demand of others. The true rot of culture is narcissism; the true root of culture is self-aggrandizing. That duality creates discord, an unending psychic sickness, a constant state of unease and distress. Verwustung tap into all those feelings, birthing an album that's surely in contention for my best of 2012. A total fucking masterpiece of reflective emotion and embittered truths. Highest possible recommendation.
Posted by Cory at 9:30 PM