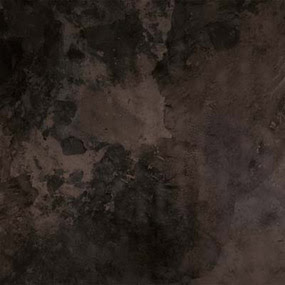 A severe late-night astral trip to the great nowhere, courtesy of frigid isolationist William Fowler Collins. This is a record whose terminus point is total end, a devolution of emotion to the most vacuous point, a meeting place for loneliness and terror. Bleak ambience gives way to roaring waves of spectral suggestion, the illusion of heft bearing down on the mind like the actuality of the infinite. Collins works in minimalism but is more than willing to throw open the gates and let the aura loose; "The Resurrections Unseen" basks in its own open-endedness, allowing for little reflection but amping up the stagnant claustrophobia and horror-film vibe so omnipresent in his work.
This is a record for darkness; like so many before him Collins traffics in the darker recesses of individualism, and to truly listen to his work is to lose yourself in the far-flung strains of the cosmic stream. Records like this demand a letting go, a willingness to exist outside of yourself for a few minutes and really listen to the echoes of the spaces around you. Collins brings those echoes to life strictly in shades of black, the languid gradation suggestive of his music's ultimate theme. Nihilism becomes void, and void becomes terror. Terror is arguably the greatest psychological unnerving of a mind; the total fear of not knowing what, when, where, or why is a reality that most people find difficult to accept or adjust to. Collins harnesses that fear to great effect here, giving us a slab of vinyl that both rewards intuitive investigation and condescends to it. You are allowed to reflect only so long as you react. The stretch is one of hope, or perhaps more fittingly the embracing of the survival instinct. The constant becomes a training method against the unknown, but preparedness can only ward against so much. When disreality comes in to the equation, the sum is no longer an absolute. Across two sides the sounds change in what could only be described as slight variations, but amidst those shifts are a panoply of exhaustive exclamations. This is terror in the same way as Goblin's scores for Dario Argento; indeed, some of Collins' soundscaping here owes much to Argento in particular and horror in general. There's a want to categorize much of "black ambient" as horror-bases or horror-influenced; while in the case of Collins that could certainly be true, there's also something more here at play, a distillation of more aggressive influences into something sinister and reflective. Type go way out on a limb and call "The Resurrections Unseen" a black metal album; while i take a certain amount of issue with that, i can also apprecaite where they're getting that categorization from. Collins has tread the line of metal previously, working with waste-paint desert shatterers Gog; the sheer mass of his sonic concoctions has allied him with more exploratory strains of underground doom. Here his black-washed approach to sonic architecture borrows liberally from the outer strains of atmospheric black metal. Some of the material here wouldn't sound at all out of place on a Darkspace or Neige et Noirceur record, and Collins allows that association for all its worth across "The Resurrections Unseen." In that regard Type's ridiculous boast actually seems justified. While Collins may not be a black metal artist in the strictest terms, he dances with the illusion of it closely enough to render the comparison valid. There is an intensity here; it's simply an intensity of suffocation as opposed to all out aggressive construct.
As a drone record, "The Resurrections Unseen" is massively successful. Each piece here could be stretched out to full-length dimension and still exist independent of all the others surrounding it. There is a reach here, a desire to make contact with something far beyond the earthly realm. Collins' branch is the color of night and weighty as antimatter, but it's extended all the same. The hole becomes the universe, and all that dwells within becomes beholden to the crushing force of Collins' warping magic. Void is collapse; collapse is self-inflicted re-interpretation. Here Collins provides us with pieces that fold endlessly in on themselves, each soft twist bearing new dark fruit from the already poison tree. The offering is endlessness; whether you can bear to anoint yourself is a question Collins leaves to you. "The Resurrections Unseen" isn't an attack, like its black metal influences, but rather a challenge, and, at its most subtle, a question. How far are you willing to go? In the dark depth becomes an irrelevancy, perspective a dream. There is only the forever down. Whether you are floating or falling is left to the listener. Either way, the bottom is a long ways off.
Posted by Cory at 3:02 PM